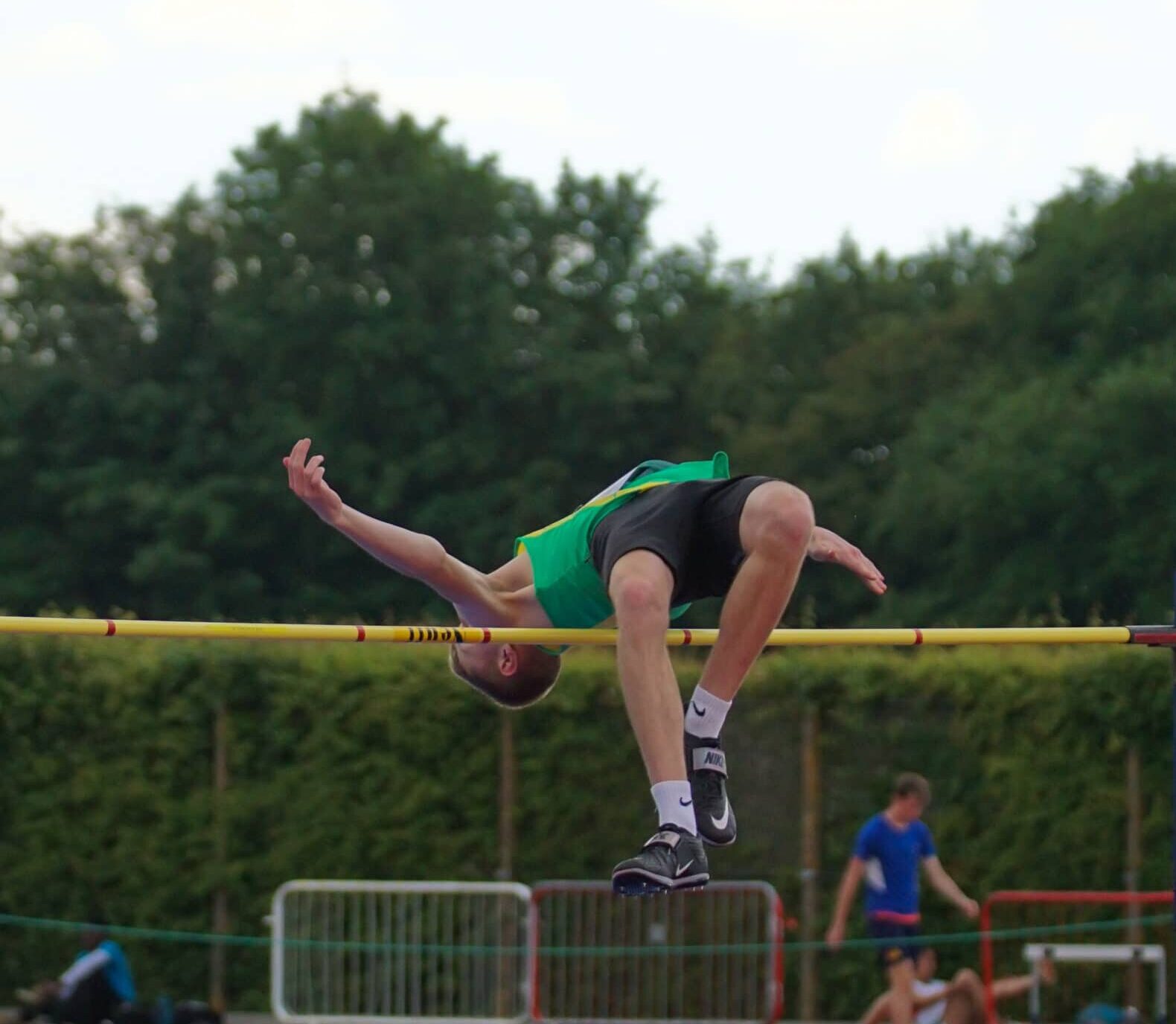 On a beautiful day of weather for Track & Field there was a mixed bag of competitive events. Clubs were not at full strength and there were unfilled places in many events, that didn’t detract from some very good performances being made. There wasn’t the usual managerial interest in match positions through the afternoon and the focus seemed definitely to be on athlete performance and the opportunities they were taking to compete.

There were a number of notable performances in some events and the athletes clearly enjoyed the balmy conditions. Jeremiah Azu (Cardiff) and Daniel Beadsley (Swansea) had a close battle in the Mens 100m with Jeremiah just taking the victory in 10.5s.

Seamus Derbyshire (Cardiff) produced a leading 400m hurdles performance of 50.90s and in the womens event Caryl Granville (Swansea) took another win in 57.35s for a top 10 ranking while Amy Pye (Yate) pushed her Pb to 60.36s to keep her high in the rankings.

In the Mens 200m Ben Wells (Yate) with 21.38s was delighted to again improve on his recent form just edging out Kris Jones (Cardiff) on the line.

Rebecca Chapman (Cardiff) went out to 6.24m in the womens long jump with a comfortable winning leap. There was a nice competitive effort from Isabel Thomas (Cardiff), Esther Leong (Bristol) and Carys Jones (Swansea), Isabel just coming out on top with 3.70m while the other pair couldn’t be split with equal second place and vaults of 3.60m. Joel Townley jumped 14.77m pb when winning the triple jump.

Finally there was a nice Mens High Jump double for the Home club Yate Adam Brooks taking the ‘A’ and training partner Luke Ball taking the ‘B’.