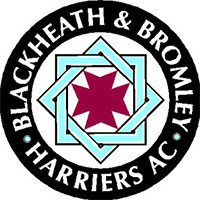 Originally Peckham Hare and Hounds, the club converted shortly after into The Peckham Athletic Club, before a name change to Blackheath Harriers in 1878.

Blackheath & Bromley were founding members of the BAL in 1969 and the UKWAL in 1975.