News:
TVH and athletes of the year handed NAL awards 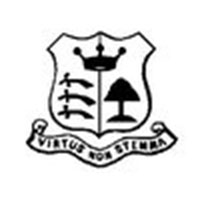 The club’s origins lie in Harrow County Grammar School and they were originally known as Old Gaytonians Athletic Club. The name was changed to Harrow AC in 1996.

Parkside AC was a separate club formed by Sylvia Parker and Margaret Cliffe in 1972. Parkside and Harrow amalgamated in 2002.

When Old Gaytonians AC qualified for the British League in 1975, the team consisted of 16 athletes, more than half of the team were from the same school.