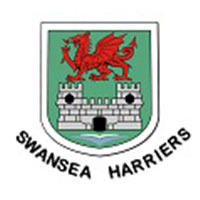 The club had a grass track marked for the summer months at Ashleigh Road adjacent to The Mumbles Road.  On the 3rd  November 1962, Cockett AC changed their name to Swansea Harriers AC.

The Harriers were voted “UK Athletics Club of the Year” in 2009.

World, European and Commonwealth champion Dai Greene is a member.