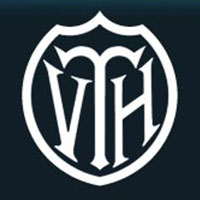 In 1914, the Wormwood Scrubs Naval Air Station occupied the site of the Linford Christie Stadium.

Colours: Pale blue with dark blue bands on the sides