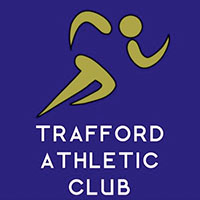 Stretford AC was formed by a group of athletics enthusiasts led by Bill Murphy and Jim Harris following the opening of Longford Park Stadium. Stretford in 1964. In 1966, the club amalgamated with Cheadle & Gately AC, becoming Trafford Athletic Club in 1992.