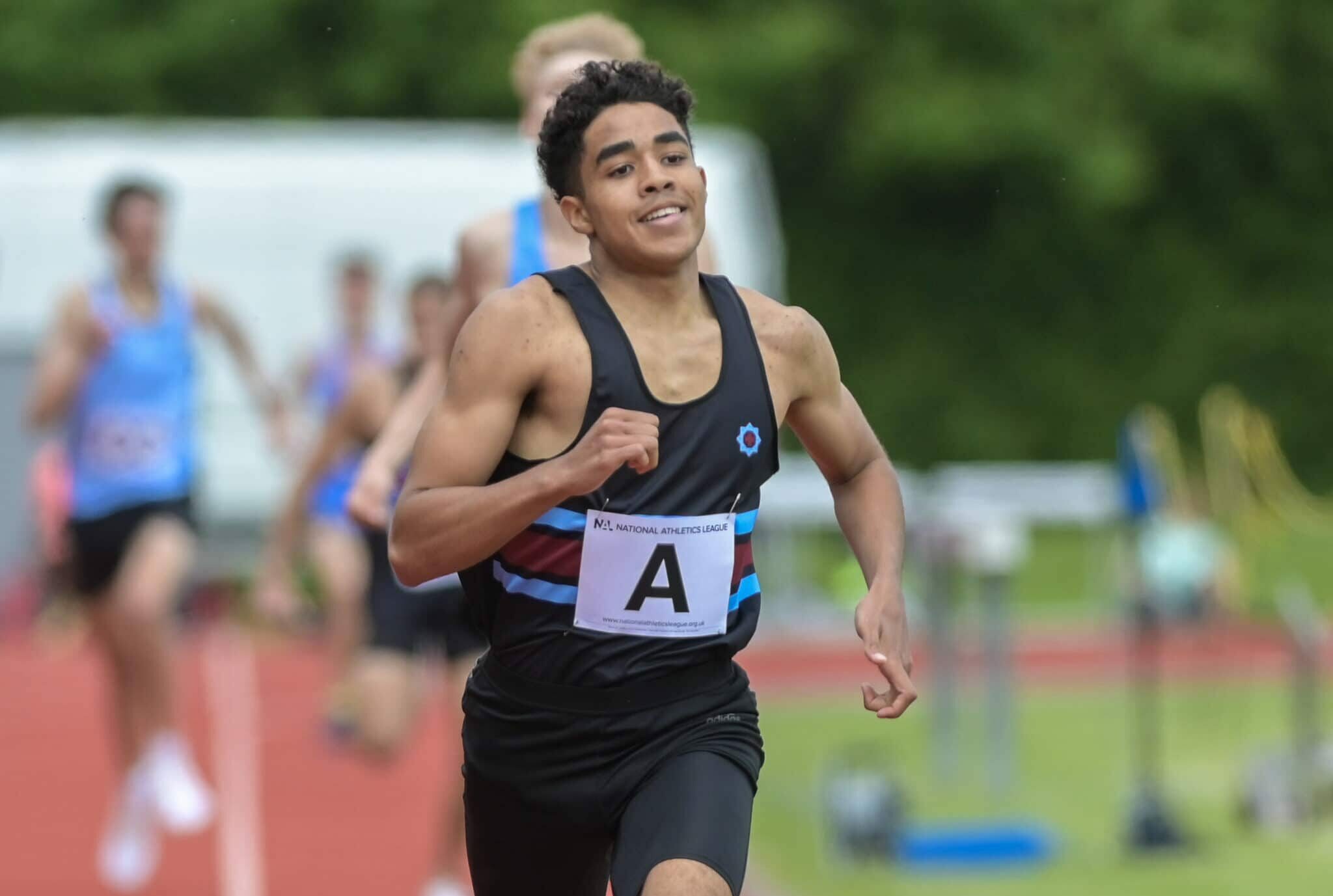 Thames Valley Harriers proved to be the strongest club at the National Athletics League opening fixture of the Premier London South division at Norman Park, Bromley. From Pippa Wingate’s win in the opening event, the women’s hammer, through to Nicole Kendall’s 56.43 400m hurdles national league record, they showed not just the quality, but also the spirit which defines a great team. They capped it off with an outstanding 3:35.12 in the women’s 4x400m in the penultimate discipline.

Zoey Clark was part of that 4x400m squad and she showed that she is coming into form with an impressive 51.99 in the 400m, which saw her finish over four seconds clear of the field. She followed shortly afterwards with victory in the 200m by nearly a second in 23.63, a tough double. She sad: “I’m used to doing both events, although there is less space in this new timetable. Everything is early this year, but I’m happy with my form.” She aims for one more race before the Olympic trials at the end of the month.

Clubmate Amelia Strickler was equally dominant in the shot as she won by over two metres with a put of 17.31m, though down on what she had been hoping. Tweaks in her technique, which she has been working on in training, have not yet translated to competition, but she looks forward to competing in the Czech Republic next week. Runner-up was Blackheath & Bromley’s Nana Gyedu, who broke the 15 metre barrier for the first time with a put of 15.03m, nearly half a metre further than she threw at the same venue last weekend. She heads the UK under-20 rankings by more than a metre.

In fact, the performances of under 20 athletes were among the features of this meeting, not least in the men’s events where the 100m, 200m, 400m and 800m were all won by junior athletes. Not that this was due to them being of poor standard, but because of their sheer quality.

Toby Makoyawo’s 10.37 in the 100m equalled the best time run in the British Athletics League in the whole of 2019 and the Windsor, Slough, Eton & Hounslow athlete followed with a second personal best in the 200m which he won in 21.05. Held back by injuries in the past, a solid block of training has given him the base to produce such performances and he is looking forward to the England Athletics Under-20 Championships at Bedford in two weeks’ time.

Joining him there will be Blackheath & Bromley’s Sam Reardon, who set a new personal best of 1:50.87 to win the 800m, before timing his finish to perfection to snatch victory in the 400m. Fourth as the field entered the home straight, he stayed strong and held his form to dip across the line in 47.62. “It’s one of the best days of my life,” said the 17 year old, who will concentrate on the 400m at the England Athletics Under-20s.

He was not the only B&B double winner as Niamh Bridson-Hubbard showed that taking on the role of women’s team manager has not affected her athletics by claiming victory in the 800m and 3000m. She proved the selector wrong in the former as, having named herself as B-string, she promptly won the combined A and B-string race, taking nearly two seconds off her best with 2:08.77.

It was in the middle distances also that Southampton AC enjoyed some of their best moments with Zak Mahamed claiming victory in the men’s 3000m and Natalie Griffiths winning a competitive women’s 1500m. Their remaining A-string win came in the men’s discus courtesy of Joshua Douglas.

Success in the throws, however, remained largely the preserve of the athletes of TVH, who won all four strings of the hammer. Wingate was pleased to go over 60 metres for the first time this year. “It’s been a slow start to the season, but things are coming together, and I expect to be throwing further later in the year,” she said. Team-mate Jack Paget was equally dominant in the men’s event, as was Gavin Johnson Assoon in the javelin, the 38 year old launching the spear out to 68.43m. In the women’s event, B&B’s Lauren Farley, who is half his age, threw over 50 metres for the first time, improving over two metres to record 50.20m.

Before the meeting commenced, a minute’s silence was held in memory of Bryan Goodman, a great servant of the National Athletics League and previously the BAL, who had been recognised with the award of life membership of the League. It was fitting, therefore, that Ben Fisher should win the long jump wearing the vest which Bryan had given him during his time as WSEH team manager. He was happy with his distance of 7.25m and, once his exams are over at Loughborough, will be looking to go over 7.50m.

The jumps proved fruitful for both for him and his WSEH club as they matched TVH 4-4 in A-string victories. Alice Hopkins won the women’s long jump; promising under-20 Lionel Owona took the men’s high jump with 2.10m; while Paulius Svarauskas took the triple jump with a leap of 15.28m. The Valley won both pole vaults, courtesy of Clare Maurer and under-20 George Hopkins, with further victories for Pippa Rogan in the high jump and Angela Barrett in the triple.

“I love racing at Norman Park,” exclaimed B&B’s Annie Davies as she set a new best of 13.38 to win an exciting 100m hurdles. Her comment would be endorsed by other athletes from the John Blackie coaching stable who racked up at least eight personal bests during the day, and, no doubt, by the TVH 400m hurdlers Nicole Kendall and Jessica Tappin.

Nicole won the A race in a new league best of 56.32 – improving on Meghan Beesley’s 56.43 UK Women’s Athletics League best from 2013 – and she will look to improve further at the Southerns and Olympic trials. Jessica was equally dominant in the B race and dipped under 57 seconds for the first time with 56.93. WSEH’s Jacob Paul had kicked off the track programme with and impressive season’s best of 50.66.

With Linnea Killander having won the B string 400, the TVH women had a clean sweep of the one-lap races, and were red hot favourites for the 4x400m. There was no complacency here, though, and the quartet of Kendall, Clark, Killander and Tappin provided a fitting finale to the women’s track events with their 3.35.12. Will the 3:34.56 League record survive the season?

There were one or two events which could have been stronger, and in the warm weather the absence of the traditional B&B beer tent was a cruel reminder that the Covid virus is still out there, but the overwhelming feeling among athletes and the hard-working officials was that it was just so refreshing to be able to get back to club competition.

It was certainly appreciated by the spectators, many of whom were national league athletes themselves. For example, John and Margaret Baldwin, both past presidents of B&B, competed in the inaugural rounds of matches in the British Athletics League and the UK Women’s League, John at Twickenham in 1969 and Margaret at Hornchurch in 1975.

It was a good day.

Full results can be found here.

Photo: Sam Reardon wins the 800m with a PB of 1.50.87 for Blackheath and Bromley by Nigel Bramley / Eclecticism